This lovely and inspiring lady had a double mastectomy after breast cancer. She had extensive scarring, especially to her left breast. She also had red discolouration to the top of the breast. Both of these things were distressing to her as they were visible when she wore lower necklines. She approached me to create a custom mastectomy tattoo which would camouflage and disguise the scarred areas. She also wanted to have new 3D Nipples as her own were lost during the mastectomy. The aim was to disguise the scars and discolouration and make her feel more complete when she looked in the mirror.

As the lady lived a long way from my studio in Yorkshire UK, we discussed what was important to include in the mastectomy tattoo via email. She wanted to include symbols which had special meaning for her about her life. I created a design and we discussed this via email to refine the finished item so that it was ready when she travelled to my studio for the mastectomy tattoo.

On the day, we completed the 3D Nipple Tattoos and then moved on to the mastectomy tattoo. The tattoos were created in one session and she will return soon for her second session where we will refine fine details.

She has reported that she feels much more comfortable and empowered when wearing lower necklines after the mastectomy tattoo. 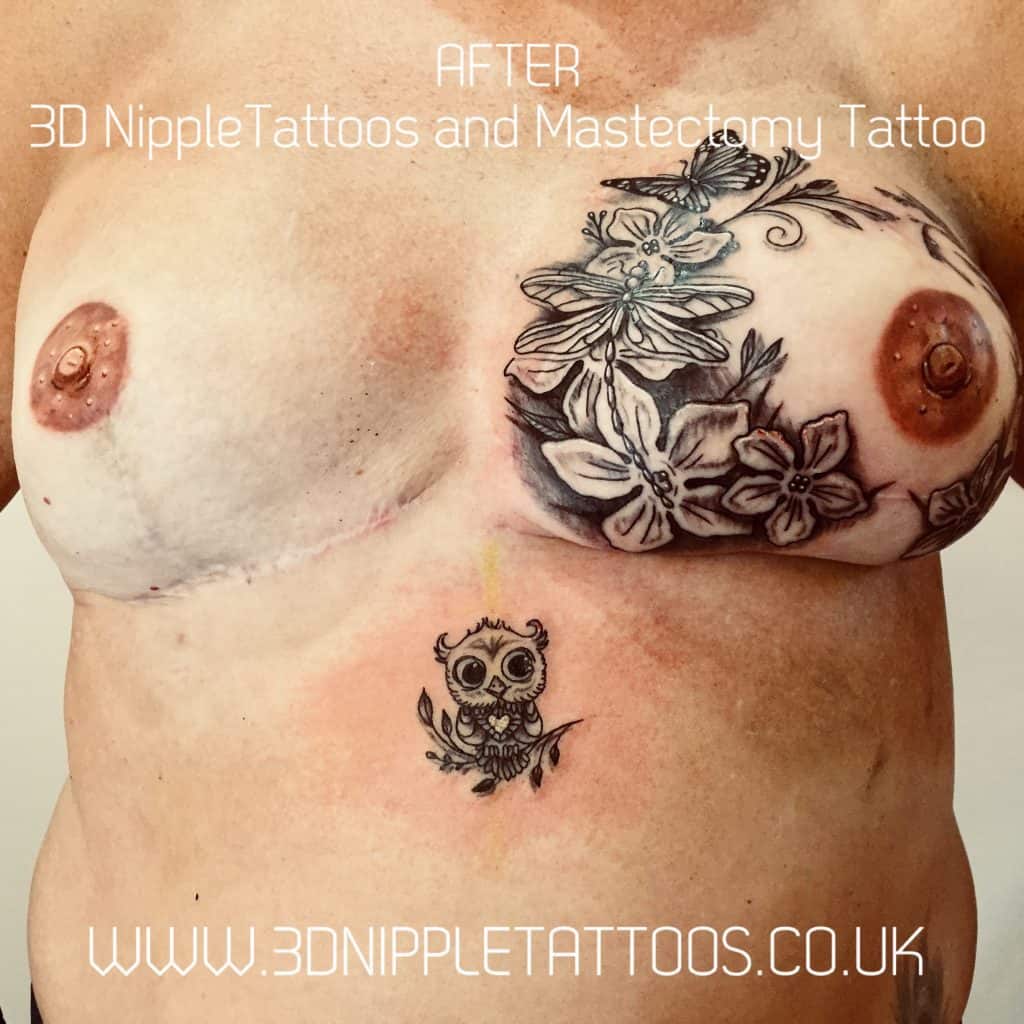 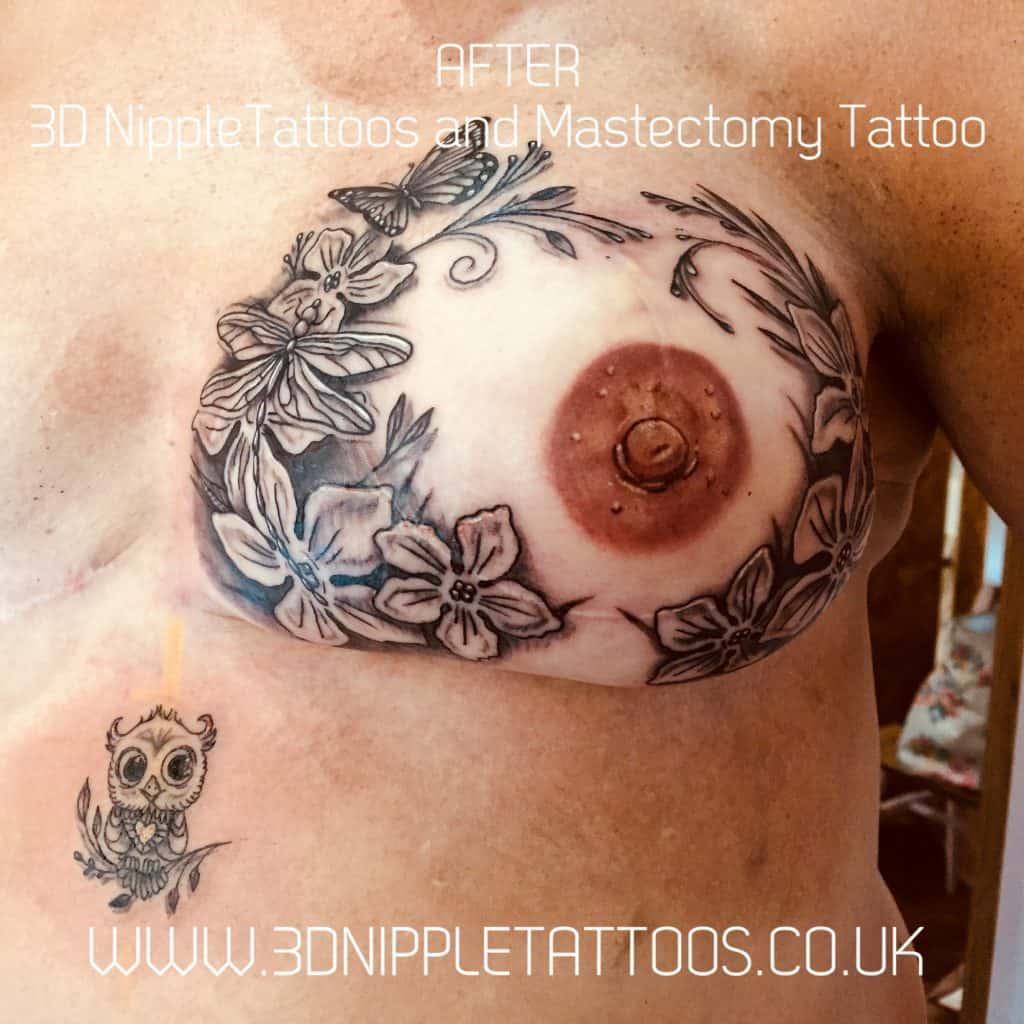 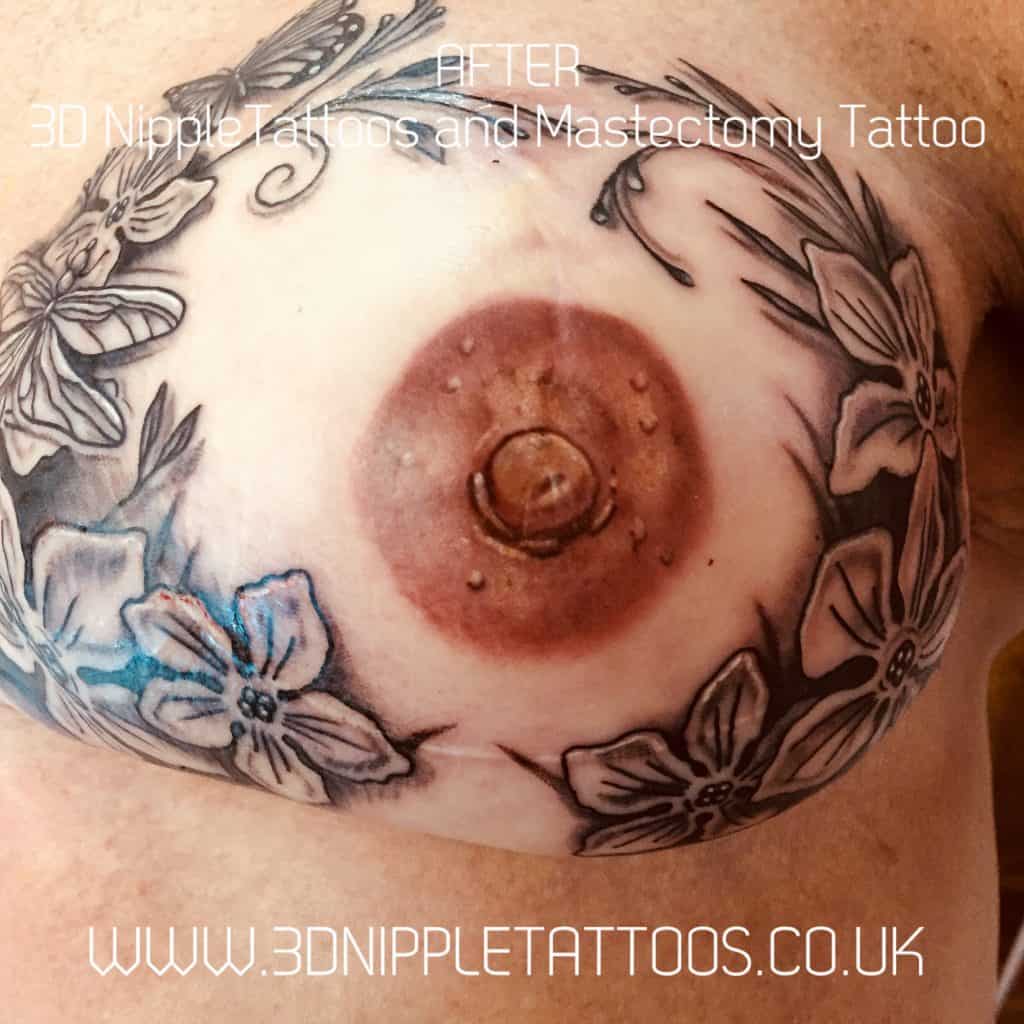